Freckle, King’s Valley After All, produced two Alzheimer’s Aid dogs who work with partners in Israel and also has offspring that are working as epilepsy warning dogs and service dogs for autistic children. Her offspring are very successful in the show ring. Freckle herself is an Israel champion and well on the way to becoming an international champion, and has been a BISS winner – just proving that beauty and brains do go together.

See Freckle’s successful offspring.
Read about the start of the Alzheimer’s Aid Dogs program in Israel. 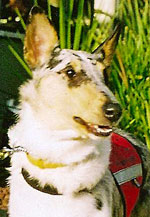 Sky is an epilepsy alert dog. She has been working with her partner Osnat Hamo in Israel for over three years. Her mother, Freckle, is from Kings Valley Collies. 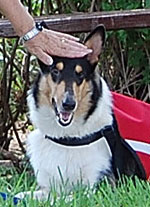 Keshet is an Alzheimer’s Aid Dog. Her partner Miriam suffers from early onset Alzheimer’s disease and for a number of years has been unable to function without assistance. Keshet is also a daughter of Freckle from Kings Valley Collies. 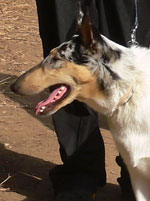 Spot is a service dog for an autistic young man. She completed her training in Israel together with her partner, Elan, and in January 2010 they returned to his native Australia. Spot is also a daughter of Freckle from Kings Valley Collies. 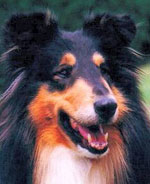 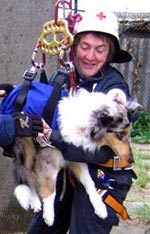 A group of German Collies, many descendants of German Import Kings Valley Covenant, participate in activities from endurance to search and rescue.