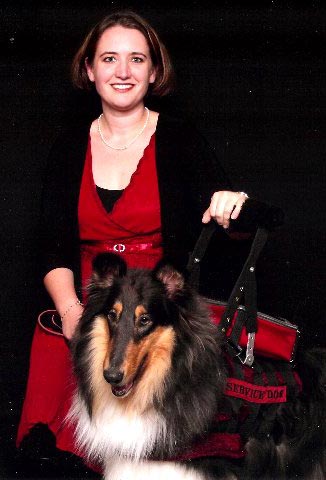 Yesterday as I was walking the girls home from school, a dog barked at us from a nearby duplex. From the way he was barking and growling he was obviously VERY aggressive. There was about 150 feet of grass and a screen door between the dog and us. Indy managed (I don’t know how) to yank his collar free from the leash WITHOUT hurting my arm at all. He then stood six inches in front of me and the girls keeping his body completely relaxed. He was not going to initiate a fight, but wanted to be unencumbered if the dog broke through the screen and ran at us. Only after the dog’s owner had restrained him did Indy turn his head for me to attach his leash. I have looked at that leather leash and hook all day trying to figure out HOW he did it.

Then, last night, there was a huge commotion at that same duplex. Indy herded my girls away from the window. I looked out to see what was going on and there were 15-20 policemen arresting a bunch of people. Apparently there was a gun and a bat went through the window. While the policemen were there, Indy blocked the door by laying in front of it. He allowed a policeman in, but would not let any of my curious girls to get near the door or window.

Normally Indy goes right for his food in the morning, but this morning he did not. As the girls got ready for school, he stood right by his harness and leash. I do not normally walk with the girls to school, but he seemed to know they needed the extra support. After we went to the school and informed all the girls’ teachers what had happened, we came home and he ate fine. Now he is relaxing on the floor at my feet.

People used to tell me that “a mother’s job is never done,” but I think Indy gives new meaning to being always ready to serve.

Indy and I went on a 5-mile hike on the Deschutes today. It was beautiful! Thank you so much for training him AND changing my life!

Indy and I are doing wonderfully. He is very well adjusted to my classes. Both of my teachers gave him A’s! The only problem we ran into was he got Cheek? grass in his left ear and had to go to the vet to get it removed. In order to keep the grass out of his ears, I got his hair cut. Please don’t be mad, he looks really cute and is much happier with it short. It will grow out for winter.

I have three more classes until I graduate. After that, I might do the counseling M.S. instead of teaching. I think it might be easier with Indy and more flexible as far as the hours.

This month Indy has shined once again! About a week ago, he jumped up on my bed. He had never done that before and I was half out of it and could not figure it out. He kept nudging me. Unfortunately I did not have any cortisol upstairs by my bed (the medicine I take when he lets me know about a headache). By the time morning came, my headache was really bad and it took me three hours to get moving. Now I keep the medicine by my bed in case brilliant Indy wakes me up. I still do not know how he figures it all out.

What is most amazing is Indy seems to SENSE when I am getting a migraine. A few minutes before I notice anything, he figures it out. He steps in front of me and refuses to let me walk. The first time he did it, I did not know what he was doing. I just waited and then noticed the migraine symptoms within a few minutes. After TWO times, I do not wait for the symptoms, I simply take the medicine when he does this! I am doing so much better – it is amazing! In the past, I would have never ventured out to go to the park and creek at 5 pm, because I would have been worried about getting tired or getting a headache. Having Indy is really opening up my possibilities.

Probably the neatest story happened last week. We had gone into a restaurant with my dad. After Indy initially settled, he got up and would not be quiet. I did not know what was up. He wasn’t loud, just persistent. He also kept pushing on my leg under the table. I told my dad that maybe he was sensing I was getting a migraine so I went outside to get my medicine out of the car. I could not find it so I sat down on the passenger seat and held his leash. Sure enough, I ended up getting a headache. Without the medicine, I had difficulty coordinating my arm or even getting my legs into the car. Indy used his head to push my legs up into the car and bump my arm over my lap. He then JUMPED on top of me in the front seat so I would not fall. When my dad came out, there I was with Indy on my lap. We went home and I took my medicine, but I felt so cared for. Indy really went above and beyond. It was amazing how he knew what to do. 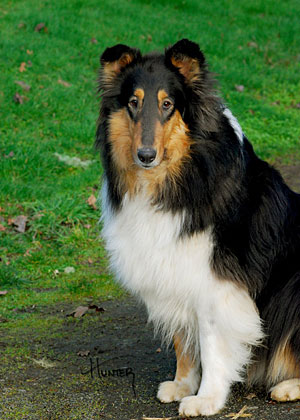 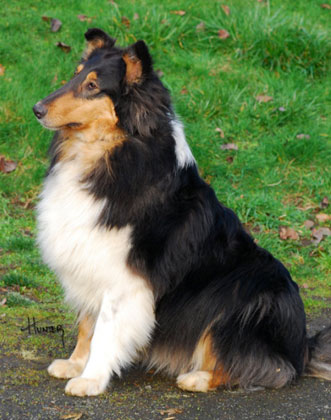